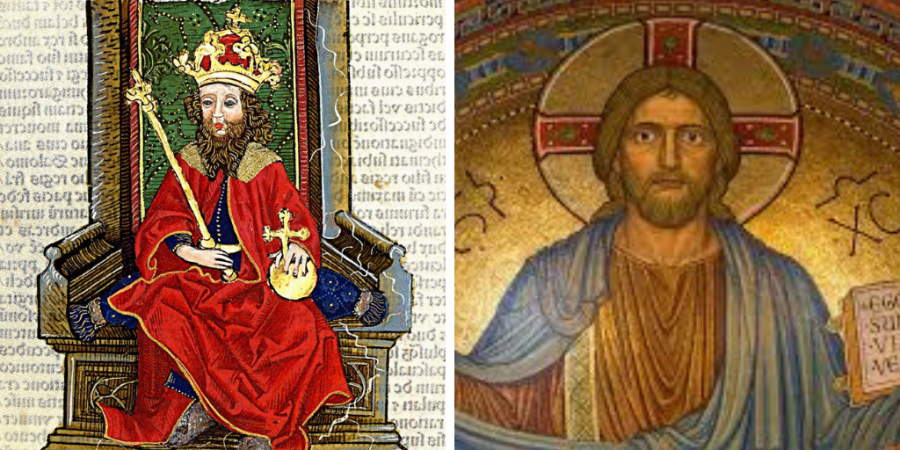 The contemplations over our life affect how we live.  In such thoughts, there are the concerns over generations existing together, what legacy one builds and leaves the latter, and the temporariness of all we have and build.  Such contemplation is good.  Wise men have done so.  They have left their words for us to reflect upon.  We owe it to ourselves to consider their conclusions and see if they were recommending a meaning and purpose for us.  Of these, we might not yet be aware of or making use of.  Both Solomon and Jesus are renowned wise men of old, and teachers of their own times.

It has been noted, how each generation as it comes to its end is struck by a realization.  Down to its individual members, the older ones are struck by thoughts on the manner they have lived their lives.  No doubt, they wish to leave with the coming generations a prospect for life, for ease, and with the values that will lead to a meaningful existence.  No generation wishes, or we would suppose, to leave no prospects for optimism with the next.

The comparison of the teachings and sayings of Solomon and Jesus would be truly incomplete if one does not take into account the context of the matters separating the two men.  If someone living today was given the choice to live a life like that of Solomon or to live like that of Jesus, then the distinction brings a much greater practical value to the discussion.  It is obvious, who would have the means to fulfill such a wish even if that one was given the option!  To be in such a position, one would have to be divinely appointed.  Also, the person would need to be endowed with wealth, wisdom, heritage and freedom that hardly anyone could find coexisting in one person.  Upon fulfilling all these conditions, then we also need the same person to have the spirituality to abandon all physical belongings and become a wanderer when the requirement arises.

However, why the comparison is truly significant apart from our personal or practical considerations is because either one was king.  Yes, one was historically the king of Israel after David, and Jesus was identified as the God-appointed king.  Both stood as harbingers of peace.  During the reign of Solomon peace was realized.  During Jesus’ earthly ministry people were able to taste peace in his teachings, and also benefit from healings and miracles that no prophet had ever performed before.  And yet, the message Jesus brought contained the element of inevitable eventual judgment and unparalleled destruction. It is this grander, dual-natured message that sets Jesus apart and superior in courage, besides his additional role as the long-awaited prophet.

Ecclesiastes 3:11 New American Standard Bible (NASB)
God Set Eternity in the Heart of Man
11 He has made everything [a]appropriate in its time.  He has also set eternity in their heart, [b]yet so that man will not find out the work which God has done from the beginning even to the end.

Matthew 23:36 New American Standard Bible (NASB)
36 Truly I say to you, all these things will come upon this generation.

Matthew 24:34 New American Standard Bible (NASB)
34 Truly I say to you, this [a]generation will not pass away until all these things take place.

Toward the end of his life, Solomon saw the matters of generations and earthly existence in terms of continuity.  It is evidently an ability he developed in his later years and shared these with the nation of Israel and the rest of the world as the great Congregator.  His wisdom had permitted him an exceptional view that saw his own importance, but then he also became humble and saw his relative insignificance in the grand scheme of things.  Jesus showed humility and resoluteness, both in great measure.  He was kind enough to let children approach him and resolute enough to be intrepid in the face of an agonizing death.  However, as was clear through his message, Jesus was ever-mindful of the finality of his sayings and the appointed times.  He was aware not only of individual future prospects but also the collective future of earth-dwellers on a bigger scale.  This, again, sets him apart from the views and sayings of Solomon.  Jesus was capable of being considered insignificant1, but he was not apologetic with his authority and message.

The generations in comfort bearing the responsibility

Longevity and permanence are part of the human desire.  Human beings naturally think in such terms.  As one generation ages, it expects the next to carry on with a sense of confidence, responsibility, and also gratitude wherever possible.  To altogether give up on the hopes for the existing and coming generations calls for exceptional reasons.  It is also not necessary that everyone agrees on whether the reasons deserve to be called exceptional.  This has happened before also when people have tried to carry on normal lives despite actual wars or the threats of wars.  We always wish to keep the confidence, there is a world to return to – the world in general, if not our own. Nothing we imagine can threaten this certainty.

Personal hopes of comfort or salvation can still not be justified as sufficient reasons to take away from the normal lives people wish to lead themselves and with their families.  We wish, these could simply continue indefinitely.  Yes, that is what Solomon foresaw as realistic.  It was also what Jesus wished for despite his knowing what the future would be.2

A fact we have to admit today is that in the post-WW2 world, there have been developments that enable unsurpassed possibilities of peace.  This is largely due to science and technology. We also have to agree that the many innovations have been in the field of weapons and warfare. While we have such possibility of peace and the sense of permanence it can enable, we are precariously close to doom.  As much as we wish for the view of Solomon to endure, there is a great, realistic threat the sayings of Jesus regarding imminent disaster are on the verge of coming true.  Aside from the grand scheme of the Divine, for reasons not fully understood, through science, civilization, and through religion we find ourselves walking a collective, predestined course.  The consequences of our choices through the millenniums, accelerated in the 20th and the 21st centuries, are closing in upon us.