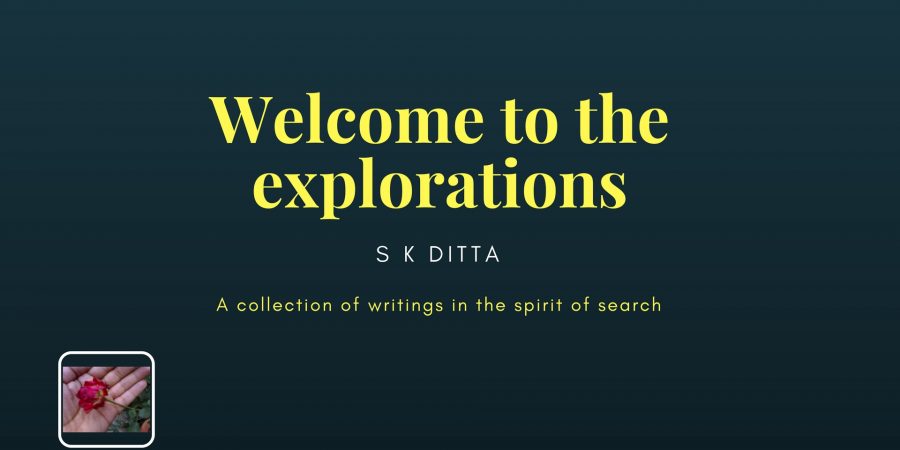 I was never interested in organized religion.  Organized religion meant the confining and defining of any real faith a person might have.  The worst taste of religion for me – deeply organized and correctly identified as a cult – was with Jehovah’s witnesses.  Right from the time I was studying, I could see some crucial flaws in their teachings.  Questions were discouraged, and I was trapped by an ongoing situation in my life.  Those questions troubled me immensely for they raised doubts about the nature of truth, and Jehovah’s witnesses’ claim to having the only truth there is.

There were however, some things that basically appealed to me – the sanctifying of God’s name, justice on earth by means of God’s kingdom, sin as the unavoidable reason for sickness and death, the existence of Satan as the superhuman cause of earth’s woes, the earth being transformed into Paradise once again, the righteous and worthy rule of Jesus over all the earth as an expression of divine blessings.  I continue to believe these things, though it now seems entirely unnecessary for “truth” to be limited to an organization – religious or political or national.  It is such senseless devotion that makes people blind, deaf, and speechless in the face of conflicting evidence.

There is a time when the mind sees a pattern to the teachings of the Bible.  It often happened that, even before I was taught something from the literature of Jehovah’s witnesses, my mind already expected such an understanding.  In other cases, a thought in my mind was reflected “most perfectly” by a scripture in the Psalms or Proverbs.  This happened more often than justified by co-incidence.  And yet there were times when, I understood a teaching of Jehovah’s witnesses to be one way but it was explained differently by the use of some obscure logic; in fact, it was not logical at all!  At those times it was always said, “the faithful slave” is given understanding of these things and we must listen to them.

As unanswered doubts continued to linger unanswered, there were terrible feelings of guilt.  The conclusion was never that, the organization is wrong, but that the individual (I) could be wrong.  So more time was needed in prayer and study.  People in the religion of Jehovah’s witnesses could be firm adherents for a variety of reasons, but for me the greatest reason was “truthfulness in teachings”.

Jehovah’s witnesses are an extremist group, not because of engaging openly in violence or hate-speech.  Rather, it is the unquestioning devotion to a group that qualifies some group as extremist.  Questions are legitimate tools for understanding.  They should not be discouraged, but the one asking questions should also have the honesty to admit if those questions are merely a tool to satisfy a sense of importance.  Questions asked in humility are worthy, but if one has presupposed answers, it makes growth difficult.

The same kind of phenomena that I saw among Jehovah’s witnesses is now seen in many other spheres – opposition to Donald Trump or Narendra Modi was being (and by some, still is) equated with anti-national sentiment; Britain and other countries seeking to leave the EU; ISIS claiming to be a caliphate and opposes dissent; Apple is better than Android or vice-versa and how people argue over it; I like blue and you like green…. Human nature seems to gravitate toward certain unalterable conclusions be it religion, politics, science, society, technology, or preference… to find security in a “realm of certainty”.  This tendency to be certain and sure afflicts everyone, and is needed for decision-making.  An utter absence of certainty leaves humans in a very insecure place.  Our personal choice of certainty then, often leaves the freedom of others in question.

Human nature seems to gravitate toward certain unalterable conclusions be it religion, politics, science, society, technology, or preference… to find security in a “realm of certainty”.

We today have a heightened sense about certainty and uncertainty because we have seen life at the genetic and atomic levels, at the level of lines of code in computer programs.  When we compare that level of detail with other spheres of human thinking, it creates such a situation of opposites that they cannot be reconciled despite the greatest and most sincere of efforts.  What most people end up doing is, they shut their eyes and ears to whatever contradicts their views.  Older generations are more prone to doing so than, the younger generations.  On the other hand, we have very young people who believe in almost nothing, but just having pleasure in the present.  This has made especially the Western civilization “decline into shallowness”.

So what it basically all means is this: anytime a human – apart from divine revelation – makes a claim of religious truth, he or she is open to great disappointment.  Those personal experiences have value, but those cannot be used to determine the future of entire societies or nations.  If there is a revelation of national or international significance, it needs to put out before the world to see.  People can then choose accordingly to believe it, disbelieve it, mock it, or be apathetic.  These conclusions also hold true of political decisions, or institutional changes.

We live in a world and a time when, it is possible for individuals unlike ever before in history to be informed and reach their own conclusions on big matters.  Those conclusions are a combination of choice, associates, upbringing, language, culture and other critical factors that humans are yet to appreciate fully.  I would forever hesitate to let judgment on those decisions to be in the hands of anyone, other than the Creator of mankind or Jesus Christ, whom the Bible calls the One appointed to judge mankind.  Whether a man is an atheist, or a Christian, or a Jew, or a Trump-supporter, or a CIA agent, or working for Wikileaks – only a spirit creature who has lived as a human could look into, and understand.  We are totally inept to judge!

I stopped looking for hope among humans.  Humans can try to fix things, and make it work for a while.  Those humans who try to be God are deluding themselves, and deceiving others.  To have modest expectations of humans is safe.  If we have superhuman expectations of humans, no human could pass the test, and we would live our lives in perpetual disappointment.  It is when, the Creator is thoroughly disappointed that man would have to take note.  Do you agree?