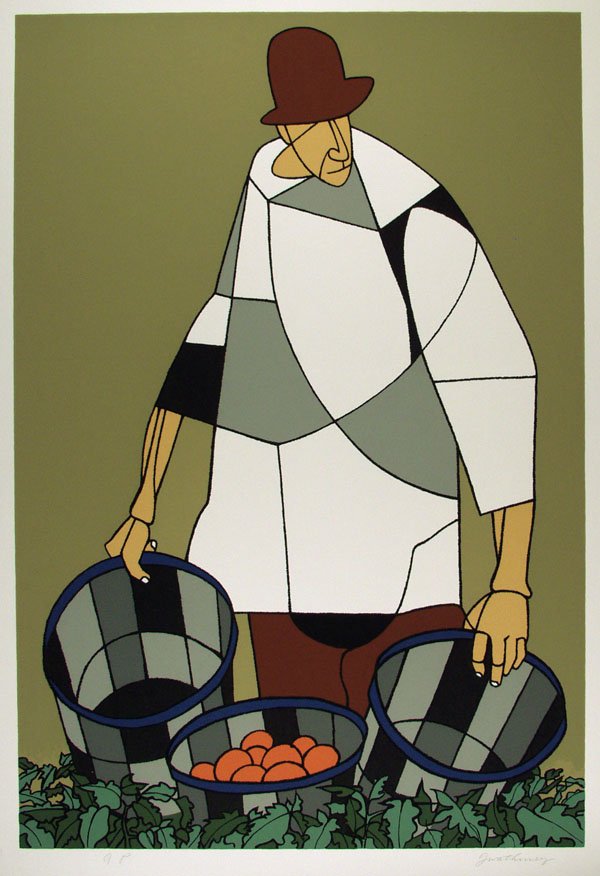 I would like to share with you today this short story.  It’s true and from this morning itself.  This morning, though, is only a passing moment in the story of this vegetable vendor.  In this city of New Delhi, on this day after an early morning rain and now the sun shining through brightly, this man has a noble story.  I feel it deserves to be told to the best of my knowledge.  I am simply writing, but this man and his family are living it.  Like all stories, there are some lessons.

What this man does is perform a service of great value.  About 5 days of the week, this man comes with a vending cart full of vegetables to every single residence’s doorstep.  He picks these vegetables up from the nearby market – one of a couple – from where the fruit and vegetable supplies go out to many different adjoining areas.  There are days this man is joined by one of his sons.  He has three sons.  The one in the pic is the middle child.  On the day or days, he isn’t able to come, his youngest son is joined by one of his elder brother to sell, what are usually the seasonal vegetables and sometimes some fruits as well.  Today, some of the things he brought were potatoes, onions, okra (ladyfinger), eggplant (brinjal), bottle gourd, tomatoes, capsicum (green bell peppers), cucumbers, spinach, ginger, garlic etc. and also a box full of apples.  He also had some sweet corn especially for me.

How long has the vegetable vendor been doing this?

According to his own recollection, he has been doing this same work of selling vegetables to this residential area and one other block for over 18 years.  This is a conservative estimate.  During this time he has come to know all the residents he meets almost daily, he has built his own home and family in a nearby area and also supports some extended family back in the village he comes from.  Every time there is a marriage or a death, or someone is born he goes back to the village and attends all the related customs and ceremonies.  It can take anywhere from a few days to even up to a whole month when he has to leave.  He leaves one or more of his sons with extended family which lives with him right here in the city.  If he can’t, then, this vegetable vendor and his sons, all of them leave for the required time.  During that time, there are other vendors as permitted by and known to the RWA (Resident Welfare Association – a legally recognized, local body of men and women) and also the security guards employed by the block association.  So, aside from being able to purchase fruits and vegetables from nearby stores, or ordering them from online portals like Big Basket or Grofers, these vendors have been the traditional providers of the daily necessities to the residents and local restaurants.

Since he has come to know the residents and some of their family personally, he has come to know what each household usually wants or asks him to bring from the main marketplace.  And, to his great credit, he remembers almost every single request.  He calls out in a loud voice, saying only one word: Sabzi (sounds like sabji), meaning, Vegetables.  That’s it.  For us, by my permission, he has been asked to open the front gate and come over the front courtyard, and ring the doorbell.  He has more-or-less the same time of arriving in the morning, which is usually before 11 am.  That’s the time when all the local people start preparing for the meals in their kitchens for the afternoon or even the evening.  He has on the cart a weighing balance and registered stone weights.  He weighs the vegetables/fruits as one asks down to the last 100 gms, which would come to 3.57 ounces.  He doesn’t care to go down further, and neither would most people.  These are vegetables and fruits, not silver or gold.

Some people are very particular.  They would eat food that is freshly prepared and not store anything in the refrigerator.  So, for every single meal, the ladies of the house or if there is a hired help, a meal is prepared for the men.

Personally, I feel, that is a bit much since refrigerators and microwaves are in common use.  And if men are so fond of eating, they should help with the preparation and washing the dishes.  If they can’t do it every single time, then, they should help at least once a day.  And, never forget to say, “Thank you” to the ladies or the hired help in their homes.

He, quite frankly, earns a meager amount.  The profit he earns is the difference between the purchase price of the vegetables and the price at which he sells these to the householders.  It isn’t much really, and especially lesser on the staples like potatoes, tomatoes, and onions.  He also has to be careful to bring just enough so that all of his stock is sold the same day, preferably before noon time.  Under the direct sun and without refrigeration – other than covering the vegetables with a wet sack he keeps at all times – all losses are borne by him.  Of course, he doesn’t have to throw away the vegetables.  The same can be sold at an even lower price, sold at a loss, given to the poorer, and also used for consumption at home.  He told me, there is hardly ever he throws the vegetables and fruits away, unless of course if it becomes unfit for his own use.

One thing is, he always carries a bagful of green chilies and fresh cilantro (coriander).  It’s difficult to keep it fresh in the summers.  In the winters, when it can get really cold, it’s a different matter.  Yes, those 2 items – green chilies and cilantro – are always complimentary with a purchase.  Every single vegetable vendor knows this and follows this rule.  However, I feel, if one asks for a little extra then that one should pay the little extra amount for exceeding his or her needs.  It would be fair.  And always be mindful of the services of these people like the vegetable vendors.

Well, it’s steamed corn on the cob for lunch and some water.  It’s enough for today.  There’s more and it will last a couple of more days.  The rest of the produce is refrigerated.  If we run out in a couple of days, this vegetable vendor or his sons will be here to ring the doorbell and ask if we need anything.  Then, he will go to the next house and the next and the next and so on.  He’s been doing this for more than 18 years and to him, this is what human existence is.  He doesn’t ever care to talk about politics, or religion, or if the world is coming to an end or if global warming is going to affect his existence in any significant way.  There is a kind of wisdom and humility in him and the same is in his sons too.  They have accepted the continuity of life and left the unknown to the Unknowable.  Although, the youngest one does have mischievous tendencies.  The vendor worries about him because his youngest absolutely doesn’t want to study or become literate.  He has advised his youngest son to greet me and speak respectfully.  It’s not required at all, but it cheers me up to see a young man behave considerately and follow some manners with a smile.  It’s nice.

I am finishing up at my desk while writing, and the corn is really nice, succulent, sweet, and tender.