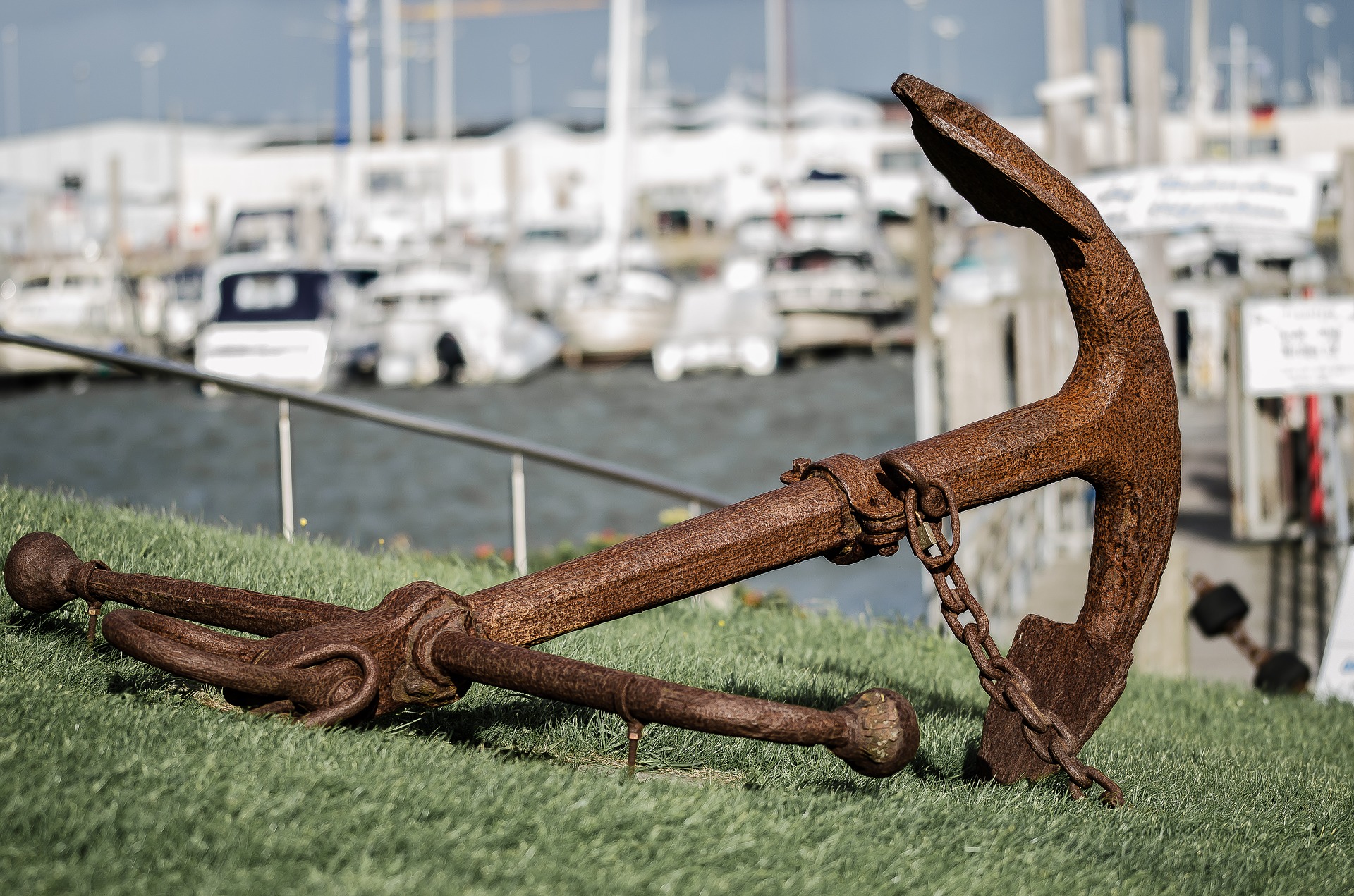 I remember my father as a wise man.  He acquired a wisdom that comes from doing work with his own hands, tinkering with any machine for hours and finding a fix when many others would simply give up.  And he had the gift of interacting with people face-to-face with an uncommon familiarity.  I don’t know what other kinds of wisdom could be as practical as the kind acquired through such a way of interacting with the world and its people.  It was the wisdom from experience.  And as we know, experience is significant.

He said about belief one day, that each person needs to find some kind of an anchor.  Actually, his exact words were: “Everyone needs something to get stuck in.”  That’s all he said.  I said nothing in response, for he was right.

It just so happens in our lives that we acquire our anchoring belief from an organized, established system or we set out to on our own discoveries and find the one thing we can never let go of.  Some people find that they must travel and see the world.  They believe, through travel is the gaining of real knowledge and that becomes their belief.  Some people, on the other hand, spend their entire lives within a few city blocks.  They know every person, every family, every car, and every child by his or her home.  Their belief is rooted in the things, people, and places they are familiar with.  Many of us look through books to see how other people saw life.  In those writings, we are bound to find reasons and points of agreement.  We find our own views in the pages written by a writer and we reassure ourselves by confirming to ourselves what we already believe.  Thus, we are anchored in our views even more.  So on and so forth, we find at least one thing we find ourselves anchored in.

We have not found yet, a common anchor for all the human minds.  It doesn’t seem likely we can.  We simply start from different places, and cannot likely agree on one path, though we do seem to want to arrive at a common destination.  We are a society of more than 7 billion humans, but we are as communities and individuals anchored in different places in the wide open ocean of existence.  We have all found our safe space in the ocean, convinced in our own minds that ours is the only ship that cannot sink and perhaps will not even be bothered by the storms.  Okay, perhaps, none are so naive to believe that no storms would ever come upon them, but yes, we believe our own anchor to keep us safe.  The anchoring belief then doesn’t let us move away from our place, but we are still given to the feeling of safety.  Those who have sailed far from the land are the most in danger.  Those are who are closer to the land have never known the wonders of the open ocean.  There is no prospect of knowing the wonders or the dangers that are out there.

Belief about self and others

Human relationships quite simply can be seen as the manifestation of two beliefs – one about the self and the one about the others.  While we have many, many beliefs, there is an underlying belief that is simply either a positive one or a negative one.  Reminds of that book, I’m OK, You’re OK, by Thomas A. Harris.

We do in our minds try to make sense of ourselves and the people around us.  We build special categories like family, friends, co-workers, classmates etc.  Some categorization is simply unavoidable because we must identify other individuals and communities.  Our experiences have a powerful influence on our views, and our views color our beliefs.  It is the person with the extraordinary strength who can, despite many reasons to the contrary, still hold onto the possibility of ‘OKness’ in others.  Some have the challenge of the same about themselves.

Under the layers of belief

A discussion over belief is endless.  It is impossible to find a single belief or an even a set of beliefs that will perfectly satisfy most, let alone all of mankind.  Just as isolated cultures have managed to preserve a distinct identity despite the passage of time, so have individuals.  And when it comes to individuals, there is one thing.  Each individual is born as distinct!  Despite advances in studies of the human genome and stories circulating through futuristic science-fiction based on genetic engineering, we cannot fully predetermine or even understand human beliefs and behavior.

What is of interest is to have a lasting insight, kind of like what my father gifted to me in one conversation.  We have to see under all the layers of belief to see that we are more same as humans than different.  The belief that gives extraordinary power to a person is missing from such a view – granted.  However, in the interest of preservation and for peace, we need a lasting memory of just such an insight.  We need to have the insight to see the humankind, under the layers of belief, no matter how necessary a fundamental belief may be for a person to get stuck in!