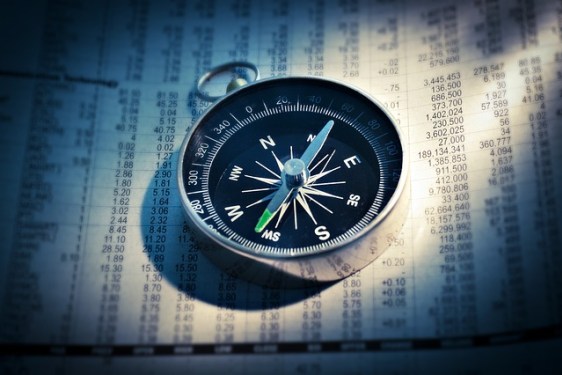 It has to be maintained that, when history would look back upon the Indian government’s decision of demonetization, factors more significant than political party and economics would be considered.  Did the present Indian government under the BJP have complete and full understanding of the implications, and of the effects of demonetization as they would be understood after many years?  Even though it is possible to have forethought, and an awareness of the prevailing situations in the world at present, there would hardly be a man alive who has complete and detailed understanding of this nature.  What we do have are concepts and beliefs as basic as government, society, nation, and money.  If those same concepts and beliefs continue to exist, our understanding will be in line with them.  Should those concepts and beliefs cease to exist, I can say with absolute confidence, our understanding would be different, the world would be different, and history would have new eyes on everything that is happening now!

One criticism that keeps re-emerging during this time of heightened, over-studied details in the age of transparency is that, the RBI has not given hard evidence with numbers of how much cash was recovered through the demonetization exercise.  Yes, this too is a valid public perspective.  The statistical information thus gained could help evaluate the government’s performance against the claims.  And yet, what would be accomplished if such an evaluation were made to the greatest extent of detail possible?  If the government’s success is less-than-desired, or less-than-perfect, would that be reason to classify the entire exercise as a failure?  Some success in terms of economic goals should also be commended.

There are, however, more important goals and deeper ideological roots that cannot be studied as or defined in terms of economics alone.  There are emotional, moral, and spiritual implications too that have been accomplished.  As large numbers in our civilizations – Indian and others – continue to move in the direction of greater insistence on materialism, there are a lot of people who would not want to have any such considerations.  Such should not be blamed, for there are millions even in this country whose basic needs are not met.  The luxury of philosophy and spirituality is not of the poor, though they stand as examples of moral strength.  At this time, it is important to consider that, even our understanding of and interaction with the material world has become far more intricate and detailed with the growth of human knowledge.  Technology has played a very significant part in this, bringing together the realms of ideas and the tangible!

Can the government do such a thing again?  If the critics don’t stop, the people continue to have faith in the ideas and beliefs behind the exercise of demonetization, and the same problems re-emerge then, yes!  It is possible that any government in power at the time could consider demonetization, albeit with better implementation as a possible antidote to socio-economic evils.  It is hoped, this would not be required.  It is hoped, the lessons and effects from the processes started by demonetization will remain in place.  Should our current systems and way of doing things continue as they are, the benefits thus achieved are yet to be fully realized, even if there remain criticisms at present and of other kinds in the future too!

In the realm of human activity, it is simply unrealistic to have the level of expectations that our current technologies make possible.

What kind of society and nation do we envision in the distant future?

It is true right now, there continue to be strong hopes of a fundamental change in how human affairs continue.  Various belief systems and religions speak of such change.  Of particular interest are the hopes that emanate from the old faiths that have emerged from the divine promise to the patriarch, Abraham.  In the Jewish, Christian, and Muslim worlds – therefore, among billions of humans – there is the hope of a basic change in governments, international relations, human society, and our entire way of living.  The worldviews and understanding of what a human being is, that come from the faith in Abrahamic religions stand as unique, and driving toward a finality.  As time passes by and knowledge increases, more-and-more people have an opportunity to examine the reasons for their beliefs and views.  It has to be said, there needs to be a deeper appreciation for the patience of the God of Abraham.  He is not One, who continuously interfered in human affairs, but let situations develop even over centuries.  When He acted, it was not with blind favoritism, leading to disappointment among those who presumed.  There were warnings and prophetic messages to the “chosen ones”, and all humans received ample opportunity to demonstrate what they truly desired.

In a secular country like India, the freedom of religion and its exercise are quite unique.  However, the way specific issues regarding religious practices and beliefs are coming up around the world, being sought to be decided upon through the judiciary and legislative processes, there are obvious challenges to all societies.  Perhaps at a time like this, demonetization reminded us that human society is joined together in complicated ways.  Our responses and behaviors in the light of fundamental changes, unwittingly do expose where we stand as individuals in a society.  It surely answers the question, if we are respectful of authorities that exist.

Among the believers of Abrahamic promises, a most fondly remembered king of Israel was, King Solomon.  With the advantage of the divine wisdom he had, his writings and conclusions in the book of Ecclesiastes are very noteworthy.  He developed views that stand as exemplary even today.  He had a more comprehensive vision than can be seen even today.  And so he spoke of the permanence of all life and of the natural cycles, at the same time comparing it with the impermanence of human generations and individuals.  We would see, his writings are harmonizing more with the Eastern thinking, that sees our existence going through long spans of phases in cycles of events.

We cannot ignore where we stand today.  More than a hundred years have passed since the start of WW1, we are witnessing the breakdown of the EU as a single unit, revolutionary changes suddenly seem to start and about as unpredictable as terrorist attacks, the news keeps flowing at a speed no one is able to keep up with, population continues to grow, and the sustainability of our way of life is questioned again-and-again.

The timing of demonetization will always be remembered as significant, and it seems that so many people are simply not making the connection with significant world events and changes we are all witnessing.

Around the world, not only in India, human societies are being prepared through major changes.  If there were no confidence in the continuation of life on earth, there would be no such efforts on the part of any human government.  Whether one sees a connection with the divine in these great happenings or not, human society is being transformed right before our very eyes.  We are witnessing things and events that we feel unprepared for, and we also feel unsure about the future.  This being the case, there is much that is significant at the individual level.  Why?

Individual actions and thoughts, never had the same power to be carried over to the world, as they do now.  Our connection by means of the Internet is, simply an unparalleled miracle through science.  Language and cultures still divide us, but the framework for unity is in place.  If we can appreciate this, perhaps we can also appreciate how significant our moral and spiritual qualities will be in view of the future of human society, and in view of all life on earth to be!  Perhaps we will remember demonetization as the beginning of a process that potentially prepared billions of people for the kind of society we are yet waiting to become.  The futuristic, powerful thinking behind this and other decisions should not forgotten!

Looking years into the future

Large organizations, by necessity, have to look into the distant future.  They have to anticipate problems, stay ahead of competition, and even show innovation.  If there are investors, they must sustain the enthusiasm and interest of those.  Even a colony of ants and of bees prepare for the future, while maintaining an order!  They do it out of instinct, but we humans have the advantage of God-given quality of foresight.

In recognition of the quickly changing international situations, demonetization and its subsequent steps are in view of the present-day apprehensions.  Lot of it has to do with the security of the country, and of course, that includes the people living here.  The government needs funds to keep functioning, because we are (and most of the world is) yet of the mindset that, work can be done only when money is the incentive.

The demonetization of Rupees 500 and 1,000 banknotes and the subsequent steps taken are to internally prepare the Indian society and consolidate the government’s powers.  In view of the legitimate apprehensions elicited by these critical times, it is a step that is noteworthy.  Yes, society is already being prepared with a view toward the distant future.  The speed at which changes happen these days, there might only be a short time, but it is still enough to create an atmosphere of awakeness.  Remaining awake a long time will produce tiredness, and tiredness requires rest.  That is why it is the need of the hour for all communities and societies to work together, for even if some will get tired, others will remain strong to their duties.

In the age of individualism as we are living in, the simultaneous testing of societies and preparing them with a vision for the future is, truly a phenomenon worthy of note.  While we may realize how important it is to find one’s place as an individual, it is also of great significance to find the connection of members within a society.  Yes, entire societies are undergoing reform.  We are attempting to rediscover ideas that can hold entire societies as large as nations in place.  If those ideas collapse, so will nations.  We are living in such a time.  And unless we have visions of survival and peace, solidly founded on ideas as strong as the True One Life-giver, our existence has no guarantees.